Farmácia Nova Santa Marta is a pharmacy in Almada, next to Lisbon (Portugal). It’s a family business with more than 40 years of experience that needed modernization. For the first time the pharmacy was going to be ‘Online.’ This meant that they were going to start selling their products online as well as offer a delivery service. Furthermore a change of the “brand” was needed, in order to project a modern image towards a potentially younger audience. When I was approached, the pharmacy was called ‘Farmácia Nova de Corroios’ and it looked like this.

The key concept behind the name and brand change was the online/delivery service.

To bring their local business to the online world. The first step was to create a mobile app. However, the client made it clear that they didn’t want to be another e-commerce business because they didn’t want to lose the humanized interaction and proximity to their customers. Instead, they wanted to extend that care for the customer to the online world. This was made through the inclusion of a live chat, videocalls and audio calls in the app

The challenge was to appeal to people who live in Lisbon and suburbs and who are between 25 – 45 years old, who are more comfortable with online shopping.

I started with a competitor analysis and identified one competitor that had a mobile app- Associação das Farmácias Portuguesas.

I interviewed 6 people from the target group.

The key insights I got from these interviews were:

People who buy online want a quick shopping process: quick and effortless search and ordering process; Furthermore, people who buy chronic medication don’t want to worry about running out of their medicine.

After the interviews I distilled the insights into three user personas.

With the user personas in mind I mapped out how their experiences in the app would be.

Based on the personas and on their journeys, I described 3 user flow:

I made a low-fi prototype in Invision using the screens created in Balsamiq. I tested itwith the client and potential users ,and used the feedback to improve the user experience.

An example of this was the “online doctor” feature. The client felt it worked as a frequently asked questions that prevented the customer from contacting the business directly, which was against the goals of the app, so it was removed. 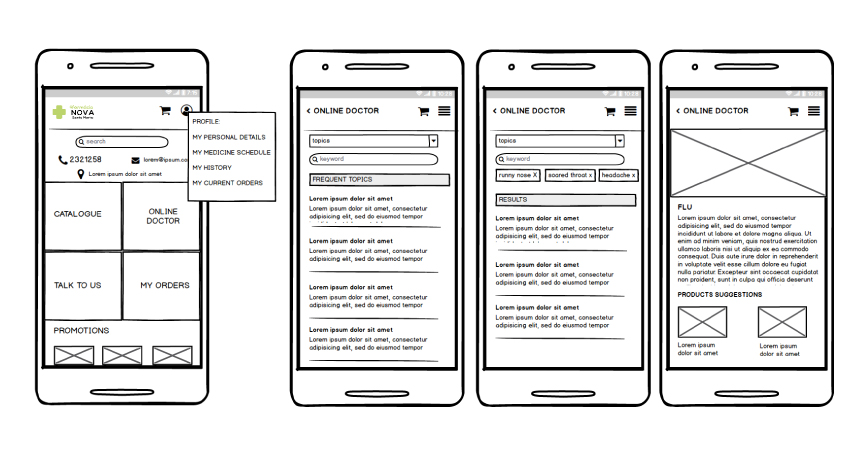 I also changed the approach regarding the chronic medication. In one of my early sketches I designed a section that was called ‘my medicine schedule’ where users could create alerts for their medicine and add a top up for an automatic order. 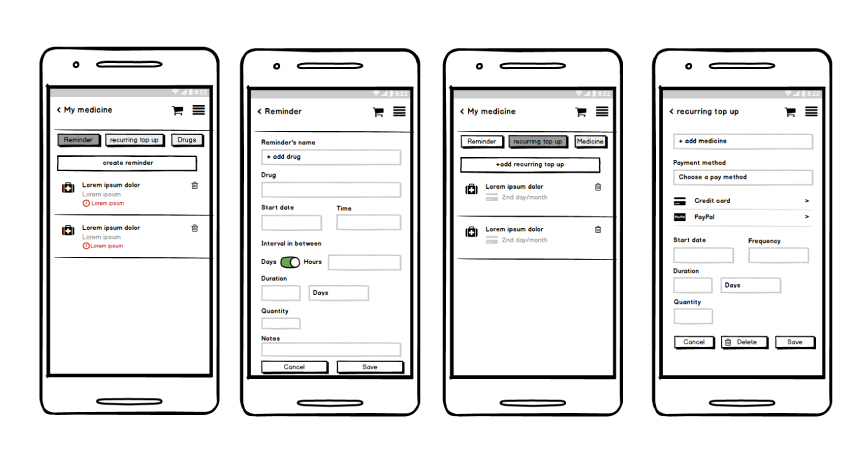 In testing, I found that users preferred these features to appear after a purchase. 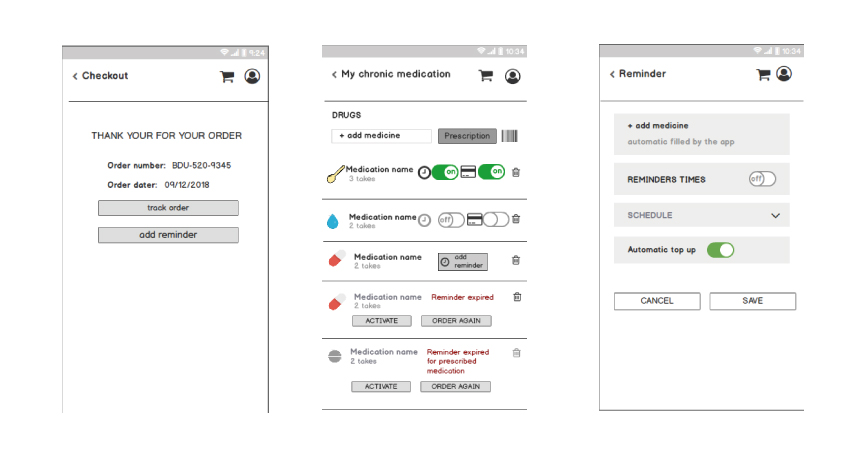 I also realised that I needed to break the homepage down in short cuts (like prescription, reminders…) as users were usually looking for those options as soon as they opened the app. “Talk to us” is in the centre of the homepage because it’s the most  important feature for the pharmacy. 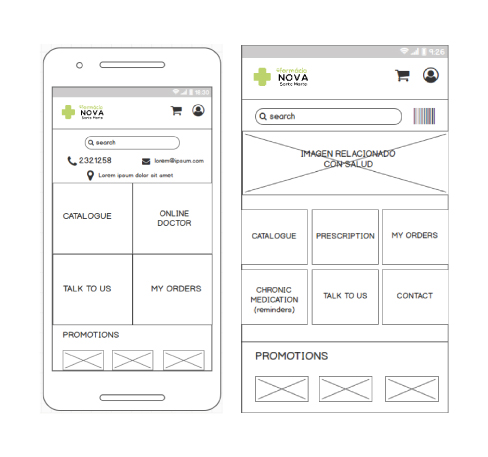 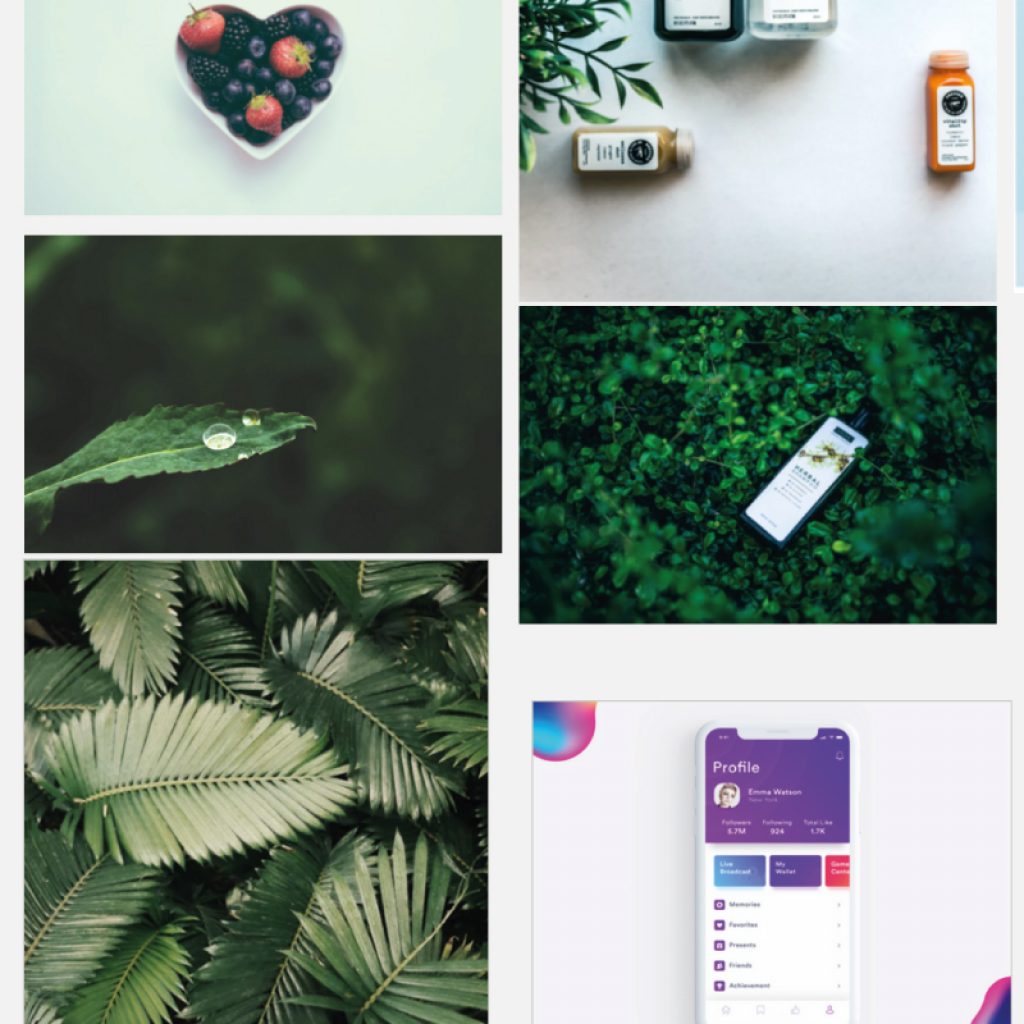 I based the design on images of plants and nature since nowadays users trust natural and herbal products Additionally it was a subtle reminder for the users of where pharmaceutic products originally came from.

I also added icons to make it more intuitive.

Below are the mock ups screens from my final design. 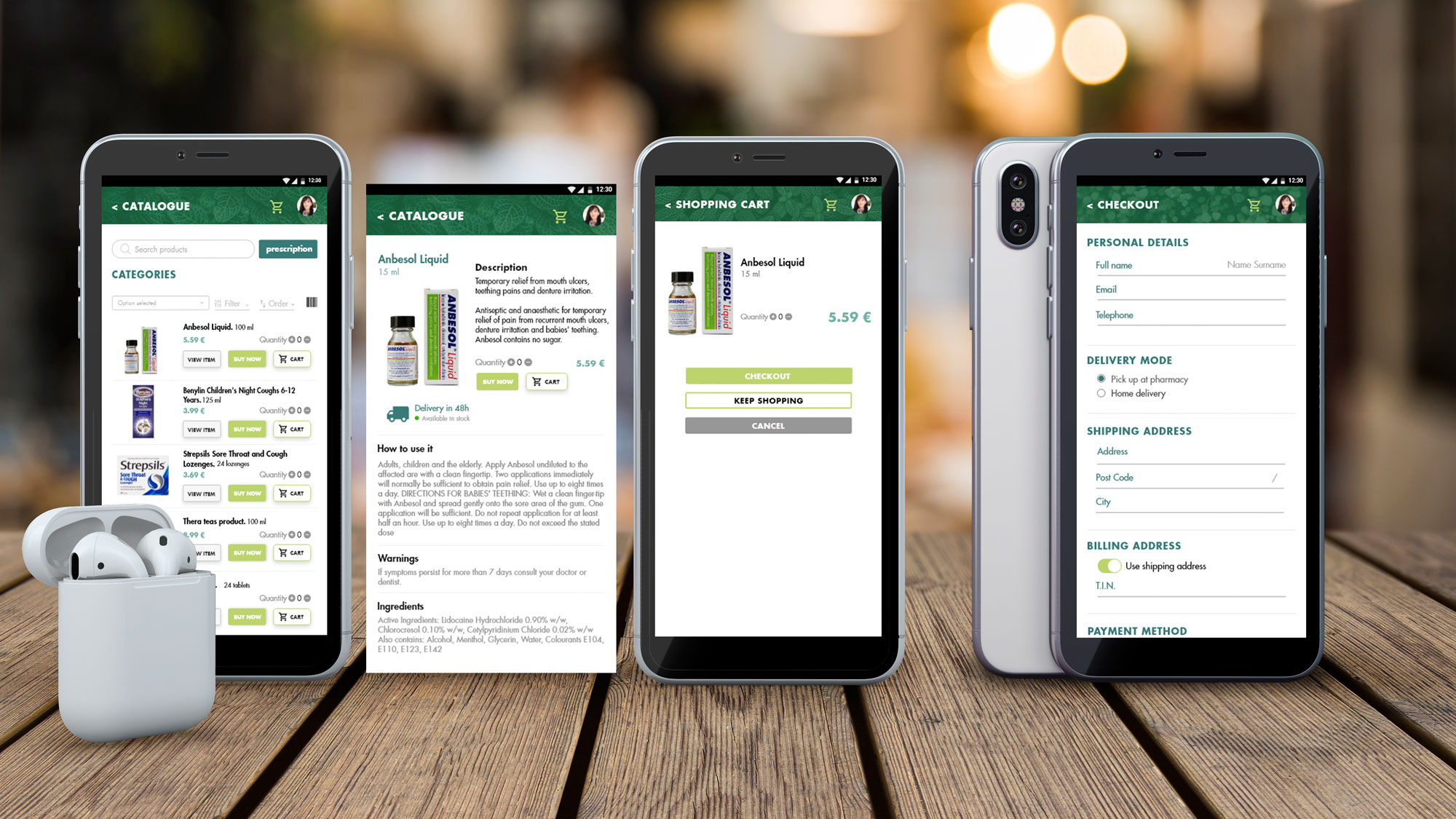 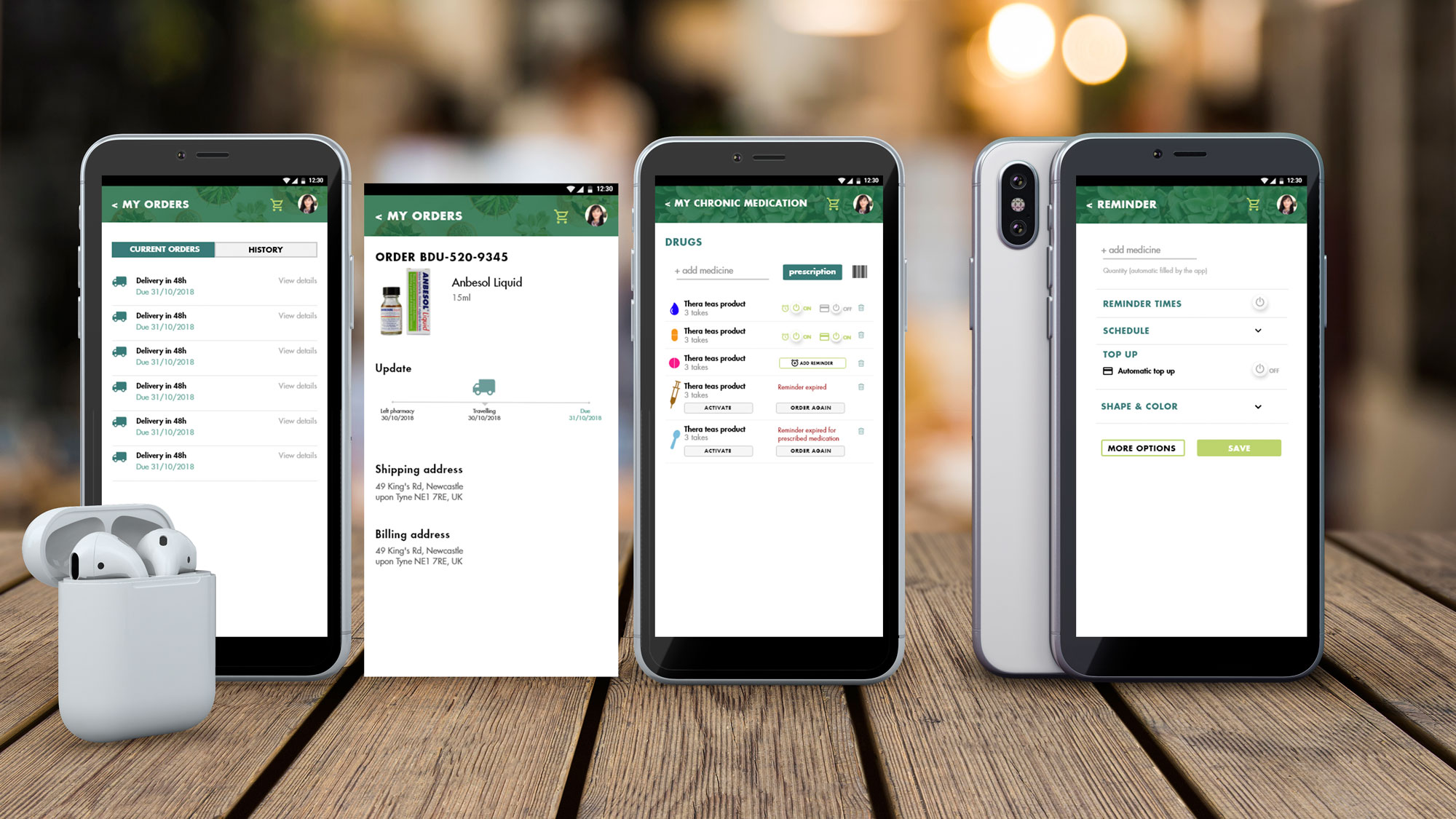